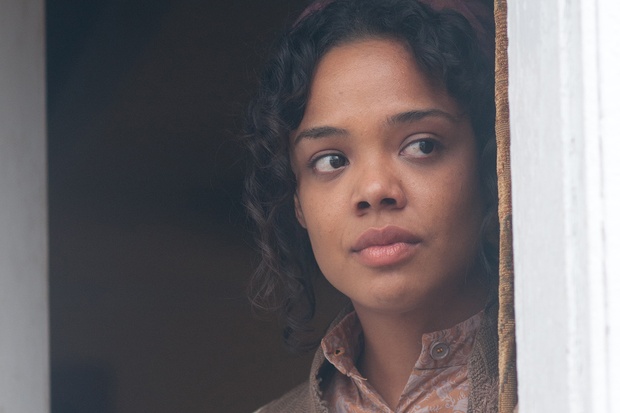 Inside Poe was pacing. Mssr Bonnenuit was looking around. “What do you do here Poe? Surely you’re not the smith?” He looked incredulous.
His wife laughed. “I’m fairly certain the smith is Marie’s…husband?” she gestured in Regan’s direction.
Regan merely inclined his head in a mockery of acknowledgement. “I’m the smith.” He didn’t owe these people any explanation. Let them think what they wanted. If Marie wanted to tell them differently later, she could.
Mssr Bonnenuit fully turned his attention to Regan for the first time and started to say something. Regan held up a hand to stop him before he could ask too many questions. “Why are you here?” he asked coolly.
Mme Bonnenuit answered. “I’m afraid that was my idea. I didn’t realize how much it would upset her. The children wanted to meet their sister, and, frankly, so did I.”
Regan looked at the man in disgust. Poe wasn’t going to let him off so easily. “So you didn’t care if you saw your own child again?” he hissed.
Mssr Bonnenuit had the decency to flush. “It’s not that…I…I couldn’t bear the thought of raising her without Eva…”
Poe bellowed “So you just abandon her at the first opportunity? Just run off and start a new life and forget about her? What about the seven year old girl who had just lost her mother? Did you think about how she would feel about losing her father less than a month later? Did that worry even enter your mind?” Poe looked as though he would strike the man at any moment.
Regan was inclined to let him. He folded his arms and waited for the answer.
Mssr Bonnenuit scrubbed his hands over his face. “Just let me explain everything to her…I’m sure I can make her see my side of it.”
Regan spoke up. “That’s up to her,” he rumbled, “and right now, I don’t think she wants to see you.”
The girl piped up. “Do you think she might talk to me? We came all the way from France to see her. I always wanted a sister so when papa told me I had one I was thrilled and I just had to meet her!” She walked over to Regan and stuck out her hand. “I’m Elise, I’m 11 and that’s Etienne, he’s 13.” The boy waved. “You must be my brother-in-law if you’re married to my sister…What’s your name anyway?”
Regan wasn’t sure what to make of her. She was tall for her age, already taller than Marie. She had pale skin and chestnut curls like her father but her mother’s features, except for the eyes. “Regan” he shook her hand gently. “Just Regan” he said when she raised her brow as if to ask for the rest. That gesture he recognized. He looked at Poe over her head.
Poe had gotten himself back under control. “Why don’t you all go to the inn and get settled. We’ll see if she wants to talk.”
Mssr Bonnenuit nodded. “We could use some food and to clean off some of the dirt from the road.”
Mme Bonnenuit shooed the children out first. She paused on the threshold. “Thank you Mssr Regan. If she doesn’t want to talk to everyone at once we’ll understand, won’t we Francois?”
Mssr Bonnenuit frowned, but nodded.