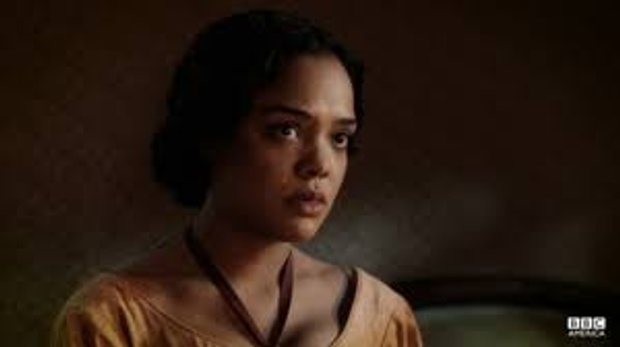 Marie and Regan were sitting on the bench next to the smithy eating lunch. Poe had joined them and was sitting on a stump drolly telling them a story about one of his clients from Montreal as they enjoyed the sunny day. The mail coach pulled up and Poe watched as a tall, well dressed gentleman stepped out. He blanched when he saw the man’s face and quickly stood. Marie looked over her shoulder quizzically to see what had startled Poe so but the man had turned to assist a woman out of the coach.She turned back to him. “What is it Poe?” His face had gone from pale to flushed with anger. She stood to see what was going on and got her first look at the gentleman’s face as he helped a young girl from the coach. Her knees threatened to buckle and she reached one hand out to Regan to steady herself. The other hand came up to stifle the words threatening to spill from her.

Regan stood and placed a steadying hand at her waist and held the hand she held out to him. He turned to see what was disturbing the other two so much.

The gentleman stood smiling down at the woman and a teen aged boy and a younger girl. The resemblance was unmistakable, they must be his wife and children. The girl looked around, and saw the three friends staring at them. She tugged on her father’s arm and gestured in the direction of Marie. Three sets of green eyes, so like Marie’s that it couldn’t be a coincidence, swiveled in their direction.

“Marie! Ma petit bijou!” the man called. He walked towards them, arms outstretched.

Marie shook her head, retreating from him. Tears spilled unnoticed until she bumped into Regan’s solid bulk. She looked up at him, panic in her eyes. She looked back at the man, turned, and fled in the direction of their house.

Regan fought his instinct to chase her. It would only make things worse if he hunted her. He needed to know what was going on with this man with his woman’s eyes.

Poe watched her flee, then turned towards the man as he pulled up short. His fury was palpable. He stepped in front of the man. “You better have a damn good reason for leaving her Mssr Bonnenuit.”

Mssr Bonnenuit held up his hands and looked at the young man in front of him. “Poe? Is that you? Look at how you’ve grown up!”

Poe made an angry slashing gesture in the air in front of him. “She thought you were dead! She blamed herself for it! You never once thought to send a letter or something letting her know you were alive?”

The woman stepped up next to her husband. “Perhaps we should take this somewhere a little more private?” She looked around at the people gathering to see what the commotion was.

Regan made a gesture towards the smithy, letting Poe take the lead as the others proceeded him into the building. He’d never seen the boy so upset but he seemed to be asking the right questions. He glanced in the direction Marie had gone for a moment, weighing whether he should go after her. He looked back inside at the assembled group. This was more important. She would need to know what was going on.